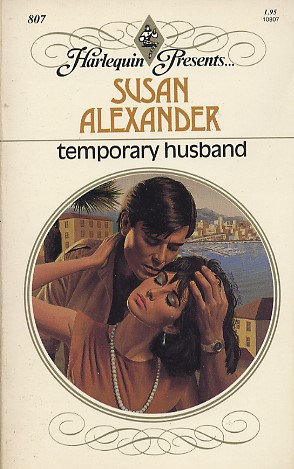 She needed a permanent love

Kate had been practically engaged to a charming young Frenchman when she learned that another man held a temporary lease on her future.

Apparently, wealthy film director Blake Templeton had been financing her family's colossal debts for years. And before her father's death an arrangement had been made for Blake to become Kate's husband in name only, until Kate was old enough to know her own mind.

Kate couldn't see what Blake stood to gain from such an unsatisfactory arrangement, since he'd always had his pick of the world's most glamorous women on his terms... without marriage.
Reviews from Goodreads.com