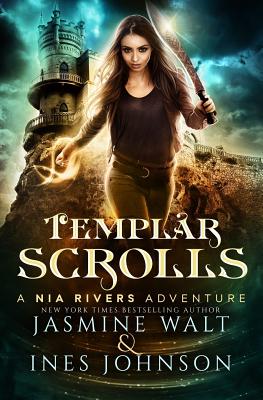 
Nia and Loren return for another action-packed adventure...this time in Camelot, with King Arthur and his knights of the round table! When an ancient relic of Camelot goes missing, who do Arthur and his knights call? Nia Rivers, ancient immortal and archaeologist extraordinaire, of course. Nia jumps at the chance to go to Camelot, especially since she's been banned in the past. Thankfully, Arthur is willing to let Nia's past breaches of his castle, theft attempts, and a certain debacle with his sword be bygones if she'll help him recover the Holy Grail. But as Nia strives to keep her fingers to herself, enemies from the past resurface in a race to acquire the ancient holy relic. As Nia and the knights head on a quest to get to the treasure, Nia gets a revelation about her heritage which could spell doom for those of her kind. She’ll need to find the grail before it falls into enemy hands and a prophecy comes true...a prophecy where the immortal life of someone she loves may very well come to an untimely end.