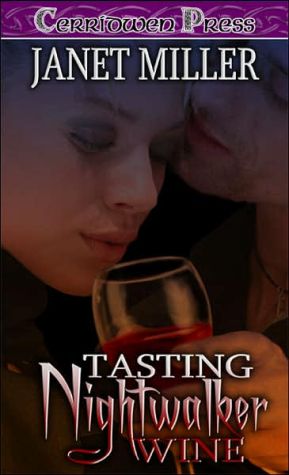 The last person Stella Robertson expected to meet at a late evening signing for her latest vampire book was a handsome man wearing a tux, cape and realistic vampire fangs. But it was Halloween so she dismissed his claims of knowing more about vampires...until he spoke directly into her mind and convinced her he did know what he was talking about. As prince of the California nightwalkers, Sebastian Moret knew it wasn't wise to get too close to his favorite author, but she was so lovely, so sexy, and her blood so delicious sometimes even a four-hundred-year-old vampire is tempted into a mistake. But this mistake haunts him when Stella seeks him out, not once, but twice. When she tracks him to his winery in the Napa valley, Sebastian is forced to make Stella his companion to buy her silence. Given the rocky start, both Stella and Sebastian know that their relationship needs work. When Sebastian and his werewolf servants come under attack, the pair must put aside their differences and use all of their wits and talents to thwart the plot against them.
Reviews from Goodreads.com