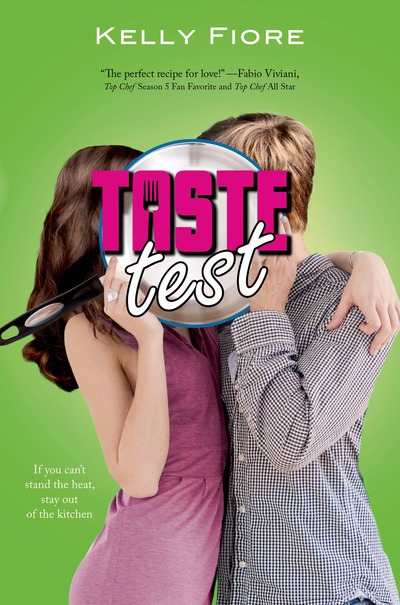 Share:
If you can grill it, smoke it, or fry it, Nora Henderson knows all about it. She's been basting baby back ribs and pulling pork at her father's barbeque joint since she was tall enough to reach the counter. When she's accepted to "Taste Test," a reality-television teen cooking competition, Nora can't wait to leave her humble hometown behind, even if it means saying good-bye to her dad and her best friend, Billy. Once she's on set, run-ins with her high-society roommate and the maddeningly handsome-not to mention talented-son of a famous chef, Christian Van Lorten, mean Nora must work even harder to prove herself. But as mysterious accidents plague the kitchen arena, protecting her heart from one annoyingly charming fellow contestant in particular becomes the least of her concerns. Someone is conducting real-life eliminations, and if Nora doesn't figure out who, she could be next to get chopped for good.

With romance and intrigue as delectable as the winning recipes included in the story, this debut novel will be devoured by all.