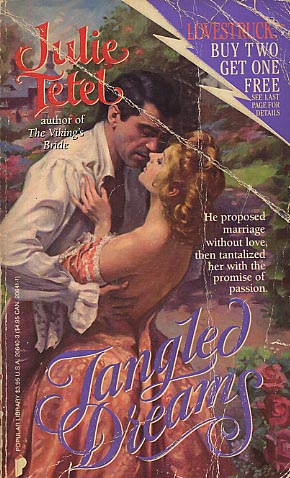 Amid the gracious suites of Maddox Hall, golden-haired Marianna Lowth gave herself in marriage to the ruggedly attractive Lord Anthony Maddox. It was a marriage of freedom. The newly titled lord needed. a wife to oversee his estate while he occupied himself "elsewhere;' and Marianna would reap the benefits of well-born marriage without having to surrender her cherished independence.

But on their wedding night, her handsome husband came to her bed, driven by passion... to a wife who would not be compromised. And so began a slow seduction in which a cold-blooded arrangement was set aflame by a hot-blooded man, a man whose dangerous secrets were entangled with her own. Yet when his luminous eyes gazed at her with hunger, when his lips grazed her neck and his fingers caressed her skin, she only knew she was falling under his irresistible, tender spell.