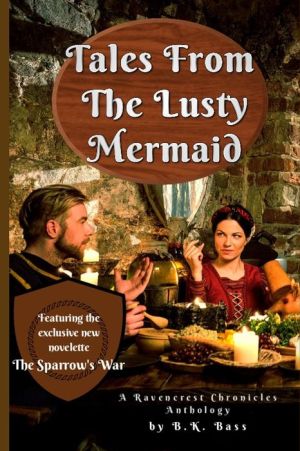 Pull up a seat and grab a full flagon of ale, because tonight is bound to be a night full of action, adventure, and romance! At The Lusty Mermaid, tall tales of all sorts are told every night. You're in luck, because tonight is no exception. From a castle gala to a giant octopus, the city of Seahaven has all sorts of strange tales to tell. Tales from the Lusty Mermaid is the first anthology in The Ravencrest Chronicles, a series of dark fantasy set in and around the coastal trade city of Seahaven. Featuring a new novelette, The Sparrow's War. Master thief Gareth Vann has trained an army of orphan children to act as his spies in Seahaven. When they learn of a foul plot targeting their own, they take up arms and fight the darkness from the shadows!
Reviews from Goodreads.com