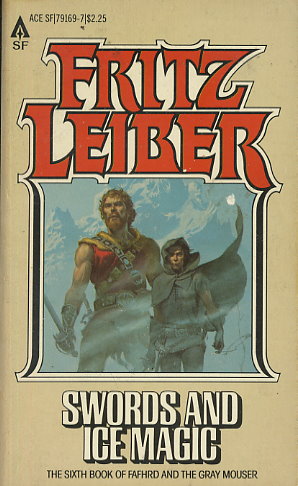 Share:
THE SIXTH BOOK OF FAFHRD AND THE GRAY MOUSER

WHEREIN
the gods, the sea, and Death himself conspire to lure our heroes into the Shadow Lands, but they follow their true mistress. Adventure.

They are the two greatest heroes the world has ever known: rogues and brawlers, to be sure, but also powerful swordsmen of inimitable daring and skill. In the twisted streets of Lankhmar it is said that there is no danger they haven't out-faced, no strange sight they haven't seen.

Fafhrd and the Gray Mouser would agree-- until two mysterious ladies entice them on a journey to Rime Isle, a legendary land that proves to be all too real as they confront the treachery of gods and men, and an ancient evil that is nearly their undoing in this their most perilous adventure yet: SWORDS AND ICE MAGIC