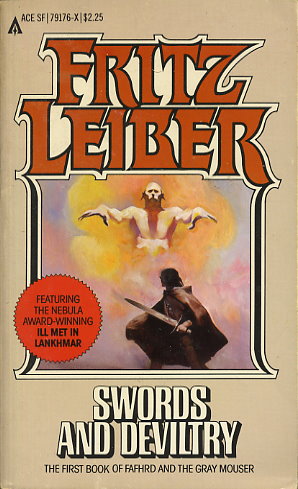 Share:
THE FIRST BOOK OF FAFHRD AND THE GRAY MOUSER

WHEREIN
the two greatest heroes in the annals of fantasy meet for the first time.

Here is the beginning of the legendary epic that has become a classic of fantasy adventure. At first, they seemed an unlikely pair: Fafhrd, the white-robed princeling of the barbaric cold waste; the Gray Mouser, a wizardling suspended between magic white and black.

Little did they realize, as they suspiciously eyed each other that night in murky Lankhmar, that they were two long-sundered, matching halves of a greater hero--that theywould be comrades through a thousand quests and a hundred lifetimes of adventures, with their SWORDS AND DEVILTRY