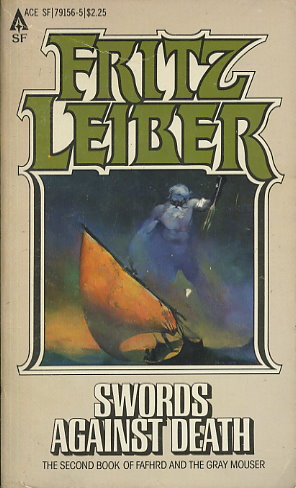 Share:
THE SECOND BOOK OF FAFHRD AND THE GRAY MOUSER

WHEREIN
two formidable young heroes embark on a quest to forget their sorrows, and make the acquaintance of two equally formidable old wizards.

When Fafhrd the Barbarian and the Gray Mouser, the two greatest adventurers who ever lived, lose their first loves to all-conquering Death, their lives seem futile and empty--until they set forth on a quest that leads them through unknown continents to fabulous treasure, deadly swordsmen and cunning wizards; a quest in which they must steal a skull, a small house, the eye of a vengeful idol...and the mask of the greatest thief of all, Death himself, in SWORDS AGAINST DEATH