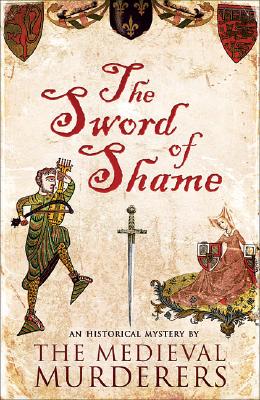 Share:
The Latin inscription carved on the gleaming blade read He who lives in falsehood slays his soul; he who lies, his honor.” If only they had known how true those words would prove to be. The Sword of Shame was lovingly crafted by a Saxon swordsmith shortly before the Norman invasion, and its constant companions are treachery and deceit. From the Norman Conquest of 1066, to an election-rigging scandal in 13th-century Venice, to the bloody battlefield of Poitiers in 1356at the heart of every treasonous plot, every murder and betrayal, is the malign influence of the cursed sword. And as it passes from owner to owner, ill-fortune and disgrace befall all who wield the deadly blade. The Medieval Murders are Philip Gooden; Susanna Gregory, author of the Matthew Bartholomew series; Michael Jecks, author of the Templar series; Bernard Knight, author of the Crowner John series; and Ian Morson, author of the Falconer mystery series.