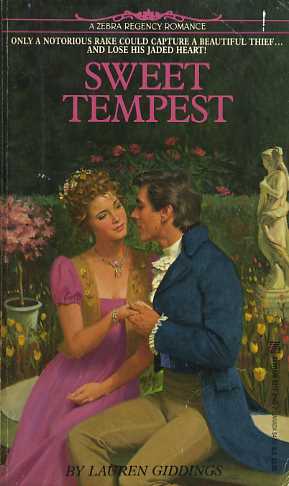 Share:
A BEAUTIFUL THIEF
Despite his reputation as an unscrupulous rake, Connor Amberson was not a man likely to shoot a woman--even if she was dressed like a ragamuffin and intent on robbing his coach. Thus, his remorse was considerable when he discovered that the highwayman he'd wounded was actually a titian-haired beauty whose sapphire eyes seemed as innocent as the morning sky. Letting her out of his sight would be unbearable, turning her over to the authorities unthinkable. So the cynical lord did the only thing possible--he took her to his bed.. .

A STOLEN HEART
When Tempest awoke to find herself surrounded by satiny splendor, she refused to trust her unexpected good fortune. True, she wasn't in a filthy gaol or a pauper's hospital, but she was at the mercy of a nobleman who seemed too jaded for his own good.. . and too handsome for hers. His lordship might be accustomed to having his way with the ladies, but she was not the kind of simpering miss to which he was accustomed! She was a survivor, and a fighter--it would take more than soft words and shiny trinkets to make her any man's SWEET TEMPEST