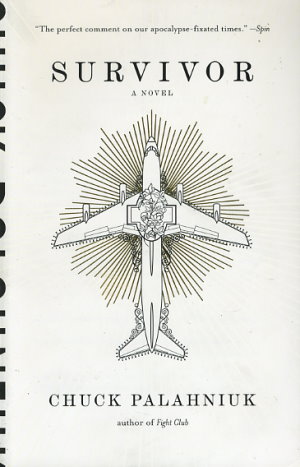 
Tender Branson -- last surviving member of the so-called Creedish Death Cult -- is dictating his life story into the flight recorder of Flight 2039, cruising on autopilot at 39,000 feet somewhere over the Pacific Ocean. He is all alone in the airplane, which will crash shortly into the vast Australian outback. But before it does, he will unfold the tale of his journey from an obedient Creedish child and humble domestic servant to an ultra-buffed. steroid- and collagen-packed media messiah.

Unpredictable and unforgettable, Survivor is Chuck Palahniuk at his deadpan peak: a mesmerizing, unnerving, and hilarious satire on the wages of fame and the bedrock lunacy of the modern world.