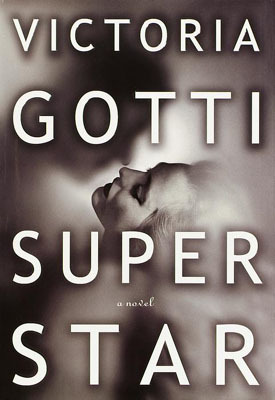 Share:
A secret kept can be like a poison, destroying love, life, and passion. In Superstar, Victoria Gotti -- author of two sensational thrillers, The Senator's Daughter and I'll Be Watching You -- reaches chilling new heights as she offers the story of Cassidy and Chelsea, two baby girls born ten minutes apart, who grow up in different worlds but are victims of the same horrible crime.

Cassidy is Hollywood royalty and a top Hollywood executive. Beautiful and radiantly healthy, Cassidy is producing the film of her lifetime, a film that will either make her career or ruin her father's studio.

Chelsea has dreams of being an actress. Living on the brink of poverty, she gets the break of her life. She is finally going to be discovered, but what price is she willing to pay for fame?

Now these two women's lives are about to collide, and when they do decades-old secrets, secrets kept despite scandal, heartbreak, and murder, will finally be revealed. Neither Cassidy nor Chelsea could ever have imagined what passions or treachery could be exposed, and how both of their lives will be changed forever.

Superstar is a smart, fast-paced Hollywood thriller unlike any you've ever read before. It's a delicious treat for anyone who's been looking for the next author in the tradition of Sidney Sheldon and Mary Higgins Clark.