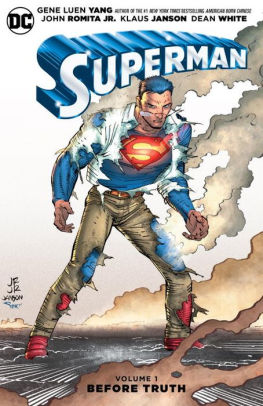 Superman is going through some changes. First, there’s his new “solar flare” power, which releases tremendous amounts of energy but leaves him functionally human—fragile, vulnerable, prone to hangovers—for 24 hours.

But an even bigger change is coming. A new company called Hordr has sprung up, and its business is secrets. If you have one that you want to keep hidden, Hordr can control you—and no one has a bigger secret than Clark Kent.

Now, Hordr is threatening to expose Clark’s alter ego unless he does everything they command. Will Superman play into the hands of blackmailers to keep his loved ones out of danger? And if the truth that Superman has been hiding is exposed, will it set him free—or ruin his life?