Sundance and the Princess — Deborah Smith 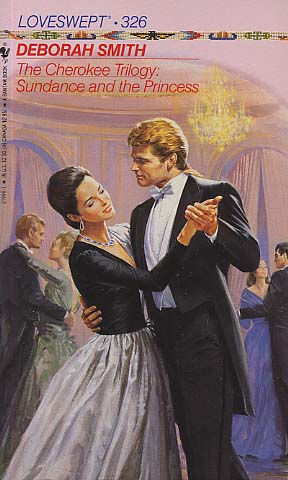 Share:
Jeopard Surprise was Robert-Redford gorgeous, a golden-haired outlaw whose enigmatic elegance enthralled Tess Gallatin, made her want to break all the rules--and lose herself in his arms! He'd come aboard her boat pretending to court the blue-eyed Cherokee princess, but his true mission--a search for a diamond stolen from the Kara royal treasury--was endangered by Tess's sweet, seductive laugh. She was a magnet drawn to his steel, but what hid behind the dark shadows of his iceman's eyes? Tess could deny Jep nothing, not her deepest secrets or her mother's precious remembrance, but she never suspected her lover might betray her... nor imagined how fierce his fury might blaze. Jep felt heartless for terrifying the only woman who had the power to hurt him, but how could Tess refuse him the truth? Once he unraveled her mystery, he tried to set her free. Could Tess make him see that his soul was hers, that a bluebird must follow the sun?