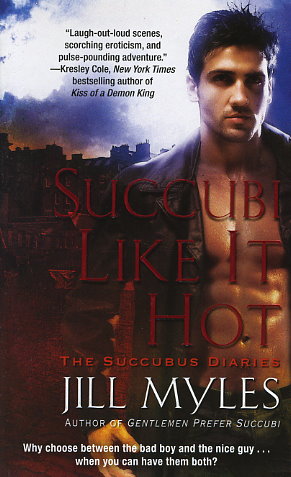 With a hot new figure, her dream job as an archaeologist, and two gorgeous boyfriends to scratch her seductive Itch -- an angel and a vampire -- Jackie Brighton is totally getting the hang of life as a succubus. Then she accidentally knocks the pizza guy unconscious with her touch. Great -- she's cursed. After striking a deal to get the curse lifted by a crafty demon, Jackie and her best friend Remy take a road trip to deliver a cryptic message to the nation's oldest succubus. Unfortunately, neither of her jealous lovers is talking to Jackie right now, and due to the curse, she's desperate to get her Itch scratched very soon. Their journey gets weirder with every mile -- demonic possession, a charming stalker, a cryptic warning -- and when they get to New Orleans, Jackie discovers a dangerous catch to her supernatural bargain. Someone wants her dead -- again. Can a brainy vixen in a miniskirt outsmart the forces of evil?