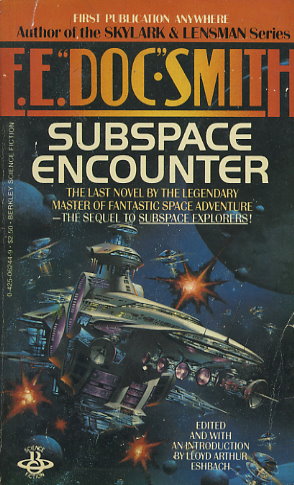 BEYOND THE EDGE OF THE UNIVERSE

Envy the psiontists. For only they can take the awesome psychic leap to the other side of subspace, the mysterious dimension that cuts star travel time to milliseconds.

But this time they have gone too far. Beyond the rim of the Universe they find The Justiciate --a galactic empire ruled by the harsh laws of pride and war. This empire has its own psiontists...

And across the farthest reaches of time and space, a fantastic adventure begins that will send thunderous echoes to every corner of the cosmos!
Reviews from Goodreads.com