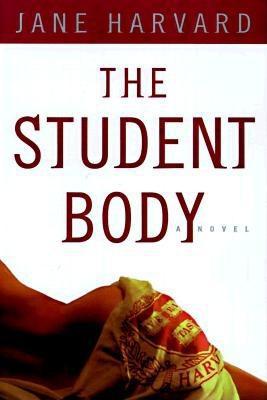 
What happens when the students at America's oldest university enter the world's oldest profession?
The Student Body is the smartest, sexiest beach book of the year, written by four Harvard graduates who are as diverse as their characters.

Harvard University can be a menacing place. Academic pressure is intense. Attitude reigns. Racial and sexual politics create a minefield. Toni Isaacs, a gutsy young Harvard student who reports for the campus paper, can handle that--usually. This smart black woman works hard, knows how to dress, and won't back down in a fight.
Covering a story for the Harvard Crimson, Toni receives a tip: Harvard students--both men and women--are working as prostitutes. Determined to make her mark, Toni finds herself drawn into Boston's sexual underworld, where she encounters strippers, johns, escorts, vice cops, a stash of student sex diaries, and an MBA candidate with a very unusual business plan.
Toni's investigation ineluctably draws in some of her closest friends, who find their own worlds spinning out of control. This Mod Squad for the nineties stumbles across a scheme that jeopardizes much more than their academic futures and will have readers of this compulsive page-turner wondering just who the real prostitutes at Harvard are.
Filled with unforgettable characters, mordant wit, and steamy details, The Student Body is written with the sly intelligence and authenticity that only true Harvard graduates can provide. The Student Body is the ultimate campus thriller, a gripping tour de force of suspense and social commentary that gives new meaning to the idea of getting into Harvard.