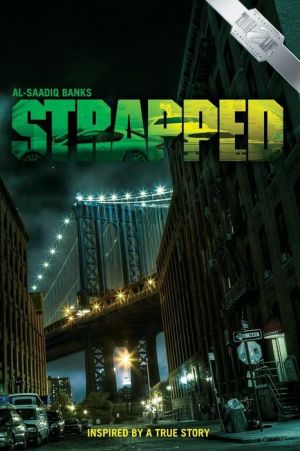 Amber Jones A.K.A Lil Bit was born with the odds totally against her. "A Hard Knock Life" is the best way to describe her childhood years. The verbal, physical and sexual abuse that she endured as a child built a cold brick wall around her tender heart. The death of her mother at an early age leaves her with no guidance in life and she's forced to navigate through the best way that she knows how. Her life brightens up in her teen-age years when she meets her Prince Charming, Maurice, who steps in and relieves her of all of her misery. Maurice is a cold-hearted Kingpin and leader of the drug organization known in the streets of Newark as The Federation. A strong and powerful leader he is. She learns a great deal from him. He teaches her the code of the streets, the meaning of loyalty, honor, morals and principles. Most importantly he teaches her the true meaning of love. His jealous and controlling demeanor has always been an issue but she somehow managed to live with it because of her love for him. Loving him, as easy as it may be, it's not at her best interest to do so due to the fact that he's a married man. For years she's played number two to his wife but as the years creep by she descends further and further down the list of his multiple women. Finally just as she's becoming tired of being just another one of his prizes a man that she feels truly loves her enters her life. She's stuck at the crossroads not knowing whether to continue her and Maurice's complicated love affair or to cut off their intimate ties and only retain their business affairs. The only problem with that is as much as Maurice has emphasized never mixing business with pleasure when it comes to her he has a problem practicing what he preaches. What's a girl to do? She finds herself trapped in between unconditional love and the love of money. To make a decision in the name of love could not only affect her luxurious lifestyle, it could also jeopardize her life and the life of her true love.
Reviews from Goodreads.com