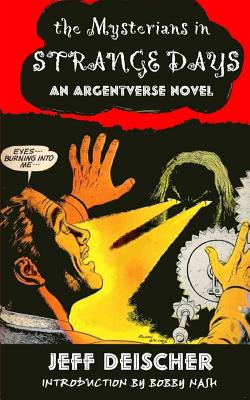 Strange Days Indeed The 1950s were a time of hidden menace in America. Communist spies lurked around every corner and the bomb could drop at any moment. No one was above suspicion. It is into these times that the Mysterians appear. The patients of the Destry Clinic are freaks, possessing superhuman abilities - but superhuman appearances as well. They cannot simply remove a costume and disappear into a crowd. They are unlike the other heroes of the Argentverse. Dr. Destiny, the mysterious, unseen leader of the Mysterians. Mach, whose ability to fly at tremendous speed is slowly killing him. NRG, who must wear cumbersome armor to protect others from his deadly energy. Metallica, who possesses metal skin. The Mysterians face equally astonishing menaces, including Gargantua, who can mold his form into any shape; the Brain, a criminal mastermind with a superhuman mind; the stunning Sorcerer, who can perform seeming miracles; the Gauntlet and his Insidians.
Reviews from Goodreads.com