Strange Creatures: The Story of Walter Rothschild and His Museum — Lita Judge 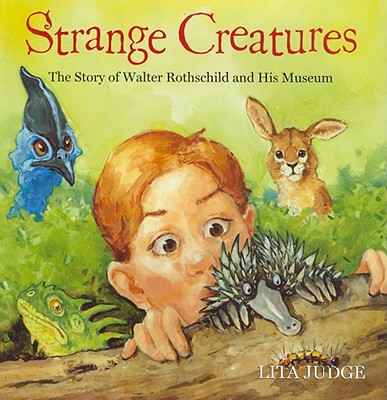 Walter Rothschild was born into a family of bankers and was nearly the richest boy in the world. He was also so shy he barely spoke. He had no friends, but he loved every creature that crawled, slithered or flew. At the age of seven, Walter saw his first circus parade. He excitedly declared to his parents: "I'm going to collect animals from all over the world and build a museum!" Soon Walter had his first exotic creatures: kangaroos, wallabies and kiwis. From there his collection grew until it threatened to take over the Rothschild estate. Lord Rothschild wanted his son to lead the family business eventually. But Walter wouldn't give up his dream.

Strange Creatures is the story of how a painfully shy boy followed his passion and became a brilliant scientist, forever changing our understanding of the world's diversity of creatures.
Reviews from Goodreads.com 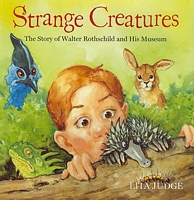