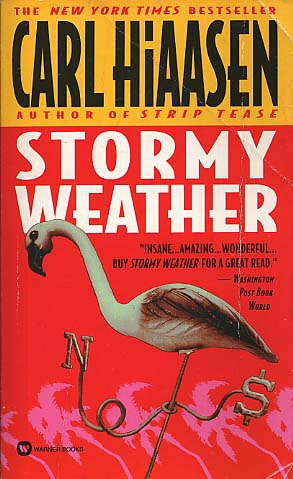 
Two honeymooners wake up early, make love twice, and brace themselves for a spectacle they won't be watching from the sidelines. A seductive con artiste stumbles into a scam that 'promises more cool cash than the lottery. A shotgun-toting mobile home salesman is about to close a deal with disaster. A law school dropout will be chasing one Gaboon viper, a troop of storm-shocked monkeys, and a newfound love life, while tourists by the thousands bail from the Florida Keys. We're now entering the hurricane zone, where hell and hilarity rule. And in the hands of the masterful, merciless Carl Hiaasen, we're going to have some weather.