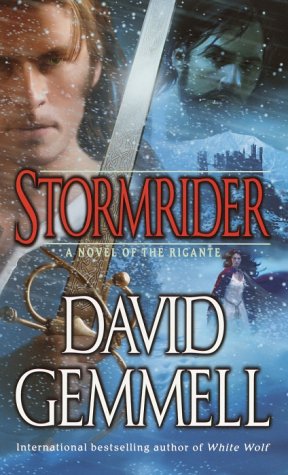 One glorious spark, one moment of Rigante rebellion has ignited a revolution and forged a legend. In the mountains of the north, the outlaw leader known as Ravenheart waits, knowing the forces of the blackhearted Moidart will come, led by the brutal ruler's only son, Stormridcr. Unaware that the fate of the world lies in their hands, sworn enemies Ravenheart and Stormridcr will be forced to unite--and face the vengeance of an ancient evil.

For immense armies of darkness arc advancing on the highlanders, and it seems as if nothing will stop them. They crush their victims with case, until only a few thousand men stand before them, with no help in sight. But these are not ordinary men they face. They arc clansmen, and more than that, they are Rigante... .
Reviews from Goodreads.com