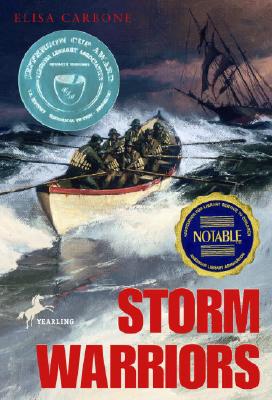 
Driven from his home by the Ku Klux Klan and still reeling from the death of his mother, Nathan moves with his father and grandfather to the desolate Pea Island on the Outer Banks of North Carolina to start a new life. Fortunately, life on Pea Island at the end of the 19th century is far from quiet.  The other island residents include the surfmen--the African American crew of the nearby U.S. Life-Saving Station--and soon Nathan is lending an extra hand to these men as they rescue sailors from sinking ships. Working and learning alongside the courageous surfmen, Nathan begins to dream of becoming one himself. But the reality of post-Civil War racism starts to show itself as he gradually realizes the futility of his dream. And then another dream begins to take shape, one that Nathan refuses to let anyone take from him.