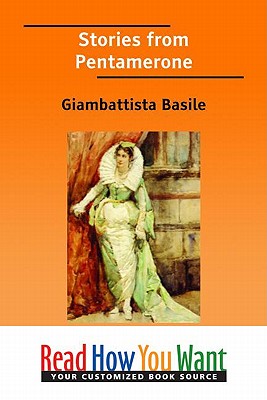 Once upon a time the King of Woody Valley had a daughter named Zoza, who was never seen to laugh. The unhappy father, who had no other comfort in life but this only daughter, left nothing untried to drive away her melancholy. So he sent for folks who walk on stilts, fellows who jump through hoops, for boxers, for conjurers, for jugglers who perform sleight-of-hand tricks, for strong men, for dancing dogs, for leaping clowns, for the donkey that drinks out of a tumbler -- in short, he tried first one thing and then another to make her laugh. But all was time lost, for nothing could bring a smile to her lips. . . . It is an old saying, that he who seeks what he should not, finds what he would not. Everyone has heard of the ape who, in trying to pull on his boots, was caught by the foot. And it happened in like manner to a wretched slave, who, although she never had shoes to her feet, wanted to wear a crown on her head. But the straight road is the best; and, sooner or later, a day comes which settles all accounts. At last, having by evil means usurped what belonged to another, she fell to the ground; and the higher she had mounted, the greater was her fall -- as you shall see. . . .
Reviews from Goodreads.com