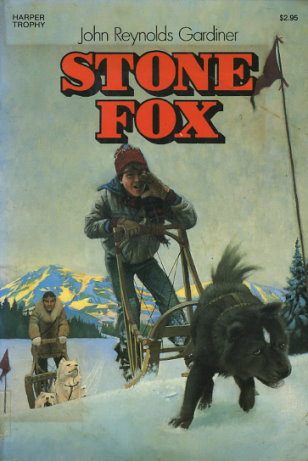 
THE CHALLENGE OF A LIFETIME
Little Willy has a big job to do. When his grandfather falls ill, it is up to Willy alone to save their farm from the tax collector. But where can a ten-year-old get five hundred dollars in a hurry? Then Willy sees the poster for the National Dogsled Race.

The race pits Willy against the best dog teams in the country, including the Indian Stone Fox and his five beautiful Samoyeds, who have never lost a race. And Stone Fox wants the prize money as badly as Willy does. Willy's dog, Searchlight, is every bit as fast as the competition, and Willy knows the terrain better than anyone. But can one boy and one dog be a match for the unbeatable Stone Fox?