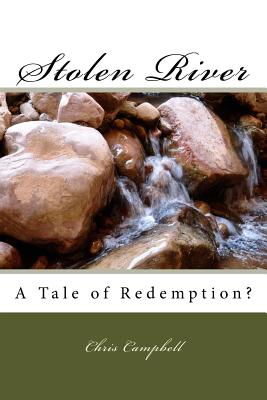 Share:
STOLEN RIVER is a story about life in rural mid-America during the late 1950's and 1960's. This is a time of optimism and prosperity in the industrial heartland, and indeed across all of America. World War II has established America as the supreme power in the world and the industrial mid-west is a beneficiary. At the same time, the seeds of the Vietnam War are being sown by the continuation of policies begun in the Eisenhower administration and embellished by John F. Kennedy. Brian Hunter is the unwitting victim of his family's, and America's, confusion about the war. As a result, he is confused about his own feelings and responsibilities. Brian is a bright, if listless, youth and teenager during this period. He is first devastated by the loss of his younger brother, Eric, for which he feels partly responsible. Then his world is shattered by poor decisions that could make him an outlaw, even as the American dream is placed in peril by the specter of Vietnam. The story, though quite different in all respects, is written with the timbre of THE YEARLING and the lyricism of A RIVER RUNS THROUGH IT. Brian is eventually rescued from his fate at the hands of the law. Yet is he safe from himself? Can he learn to live with the consequences of his actions? Can he take responsibility for himself and the defining decision of his life, just as America will have to find her way after the "withdrawal with honor" from Indochina, Brian can never play innocent again. Will Brian, and for that matter, America recover? Will the rent in their respective fabrics ever heal? Or will they continue to suffer, America turning to a unique brand of social charity to assuage her guilt, Brian finding himself by running away? These are the questions raised in STOLEN RIVER."