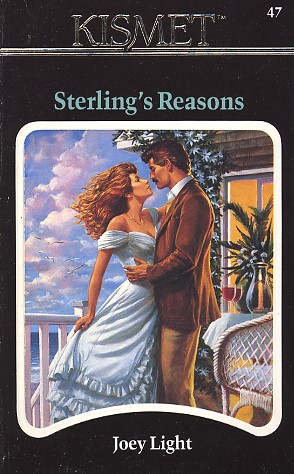 It had started as a routine night for Officer Joe MacDaniels. Then the narcotics bust had gone bad, and in the scuffle, MacDaniels had fired the round that struck and killed his partner. Afterwards, the department cleared MacDaniels of all charges. But it wasn't quite so easy for Joe to forget that he'd taken the life of his best friend. At war with himself, at odds with the world, Joe dropped out of life and retreated to an isolated beach house on the Maryland shore.

That was where Sterling Powell found him. He was just as handsome and surly and cynical as she'd expected. . But Sterling had dealt with people in pain, and she could see past his bitter facade. She heard the strain in his voice, sensed the grief that gripped his body and squeezed his soul. The only problem was, how could she ease his pain?

Day after day, she wore down his defenses, forcing him to share a simple breakfast, a jog on the beach, a walk in the rain. Sterling was so determined to bring Joe back to life that she didn't think twice when she saw the spark of desire flicker in his honey brown eyes. In Joe's strong arms, there was renewal. In Joe's heated kisses, there was a promise of passion. Sterling was losing control of her senses, losing a grip on this case. Somehow, she had fallen in love with Joe MacDaniels, and the very man she was supposed to console was becoming the light of her life.