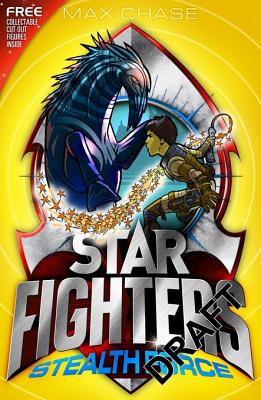 It is the year 5012 and the Milky Way galaxy is under attack. After the Universal War, a war that almost brought about the destruction of every known universe, the planets in the Milky Way banded together to create the Intergalactic Force--an elite fighting team sworn to protect and defend the galaxy. Only the brightest and most promising students are accepted into the Intergalactic Force Academy, and only the very best cadets reach the highest of their ranks and become...STAR FIGHTERS!

Summoned by a strange distress signal, Peri and the rest of the Phoenix's crew head to the remote desert planet Westrenia to see if they can help. At first the main town seems devoid of life. Then the crew realize that the inhabitants are in hiding. The sheriff of Westrania has been kidnapped and a gang of outlaws is terrorizing the town. It's up to Peri to think of a way to outwit the outlaws and get the sheriff back!
Reviews from Goodreads.com