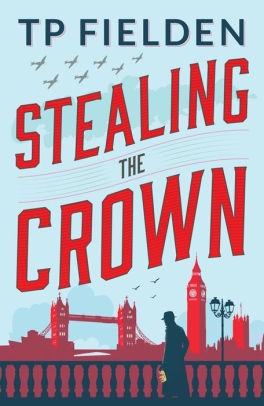 Share:
Britain is at war—but the greatest threat to the Crown might be within the Palace walls.
London, 1941: Major Edgar Brampton is found shot dead in his office in Buckingham Palace. All signs point towards a self-inflicted tragedy, but when Palace authorities hurry his body away and order staff to stay silent, fellow courtier Guy Harford’s suspicions are raised.
While the outside world faces the onslaught of war, within the Palace walls a curious mystery unfolds. Rumours swirl about Brampton’s relationship with the Queen, and there’s talk of other plots involving those closest to the King.
To get to the bottom of what really happened, Guy joins forces with some unlikely allies—Rodie Carr, a beautiful East End burglar, and Rupert Hardacre, a postman with a past—but time may be running out…for him, for the King, and for Britain. Someone has their eye on the crown, and they’ll do anything to get it.
Can Guy solve the case before more blood is spilled on the royal carpets? Or will he be the next victim?