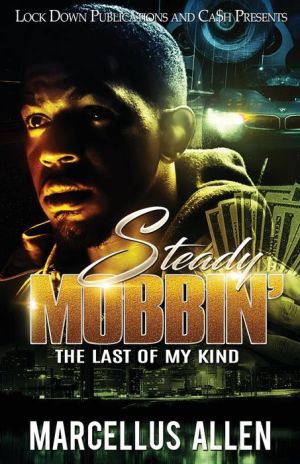 
MARSHAWN ANDERSON, better known on the streets as O-DAWG, is steadfast on making his crew, Mob Life, the biggest and most respected drug gang in Portland, Oregon. The clique of dangerous goons live by the creed "Mob up or get shot down." Many will swear by this motto, while many more will die opposing it. O-Dawg isn't just a thug, he's a hot rapper who's being courted by the largest record labels in the industry, but he would rather rock a gun than a mic. Will this decision cause him to lose everything he cherishes, including those closest to his heart? Or will his murderous get down bring him more riches and street cred than the music industry had to offer? The road to the top of the unscrupulous drug game is littered with betrayal, backstabbing and deceit. The bond between friends isn't always as strong as it seems when duffel bags of money and jealousy is thrown into the mix. Meanwhile, O-Dawg is about to find out that other crews won't hesitate to clap back. When the bodies begin to pile up and the cops get hot on their trail, what will these young gangstaz do? Will they turn on one another? Or will it remain STEADY MOBBIN' to the penitentiary or the grave?