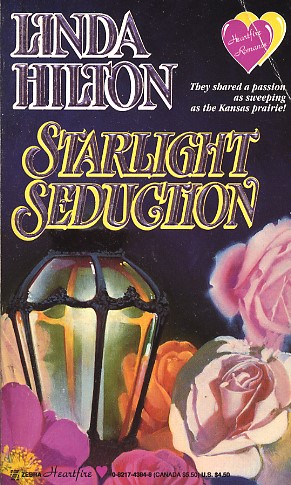 Share:
ALLURING THIEF
In the bustling town square of Cokers Grove, Kansas, a slender waif was busy picking the pockets of the unsuspecting crowd. But her nimble fingers were no match for the marshal who'd just caught her red-handed! Rather than hauling her off to jail, Sloan McDonough took pit on the disheveled scamp and brought her home--only to discover that beneath the tattered clothes and dirt smudged face was a woman of startling beauty. Feeling duty bound to protect her, he found he couldn't fight his growing desire for this fair haired innocent whose lush body and sensuous charms enflamed his very soul...

CAPTIVATED LAWMAN
Nerida knew she owed a debt of gratitude to the rugged lawman who'd rescued her from her vagabond life. But how could she hide the wild yearning of her heart when-ever he took her in his arms? With one searing kiss, Sloan had awakened a blazing hunger that made her burn for sweet surrender. And now, as they wandered out together beneath a starry prairie sky, she was about to discover the untold raptures that only true love could bring!