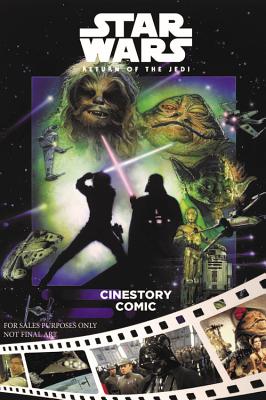 "I am a Jedi, like my father before me."

In the epic conclusion to the original trilogy, as the Empire prepares to crush the Rebellion with the most powerful Death Star yet built, the rebel fleet mounts a massive attack on the space station, and Luke Skywalker confronts his father, Darth Vader, in a final climactic duel.

Joe Books introduces a new generation of readers to the epic conclusion of the original Star Wars trilogy in the cinestory comic companion to Star Wars: Return of the Jedi.