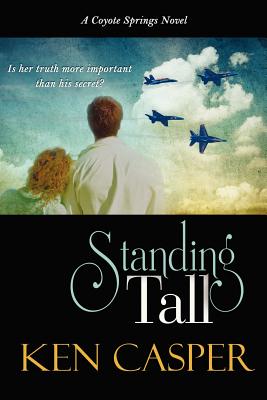 Share:
She swore she'd never fall for another fighter pilot. This one is about to prove her wrong.

Investigative journalist Rika Philips and her young daughter arrive in the laid-back West Texas town of Coyote Springs to relax for the summer while visiting Rika's grandparents. Her vacation ends abruptly when Major Alex Huston enters the picture-along with the troubling mystery of his top-secret work at the nearby Air Force base. Is national security at risk-or only Rika's vow not to tangle with another love-'em-and-leave-'em fly boy?

Rika's instincts tell her the public needs to know what's going on at the base, and she dives into an investigation. Alex is her sexy nemesis, but she'll have to collaborate with him if she wants the story. Before long they're flying in uncharted territory, fighting an attraction that doesn't come with parachutes.

Ken Casper is the author of more than 25 novels, including As The Crow Dies, book one of The Jason Crow West Texas Mystery Series. He and his wife raise horses on a small ranch in Texas.