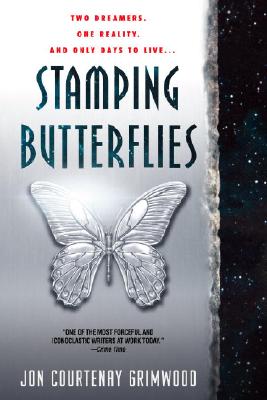 From Marrakech to China's Forbidden City, from a doomed starship carrying a cryogenically preserved crew to an island prison camp, the fate of the world is being played out in the minds of two dreamers. One, a would-be assassin obsessed with enigmatic equations, has set out to kill the U.S. President. The other is a young Chinese emperor ruling thousands of years in the future. Each believes he is dreaming the other. One must change the future; one must change the past. And time is running out for both.

Caught in the maelstrom is a motley cast of characters, each an unwitting key to the ultimate fate of both worlds: Moz, a resourceful young Marrakech street punk, and his half-German girlfriend, Malika; Jake Razor, a self-exiled rock star; and psychiatrist Katie Petrov, who finds herself racing against a looming death sentence to pry free the secret of her condemned patient -- a secret with the power to restore hope to the future...or stamp it out forever.
Reviews from Goodreads.com