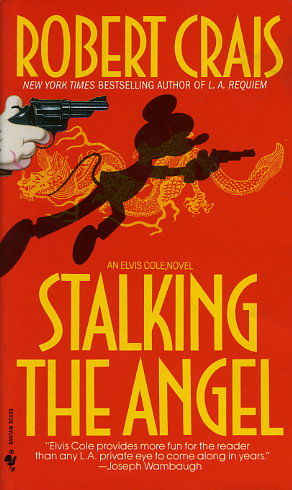 Share:
The blonde who walked into Cole's office was the best-looking woman he'd seen in weeks. The only thing that kept her from rating a perfect "10" was the briefcase on one arm and the uptight hotel magnate on the other. Bradley Warren had lost something very valuable--something that belonged to someone else: a rare thirteenth-century Japanese manuscript called the Hagakure.

Just about all Cole knew about Japanese culture he'd learned from reading Shogun, but he knew a lot about crooks--and what he didn't know his sociopathic sidekick, Joe Pike, did. Together their search begins in L.A.'s Little Tokyo and the nest of the notorious Japanese mafia, the yakuza, and leads to a white-knuckled adventure filled with madness, murder, sexual obsession, and a stunning double-whammy ending. For Elvis Cole, it's just another day's work.