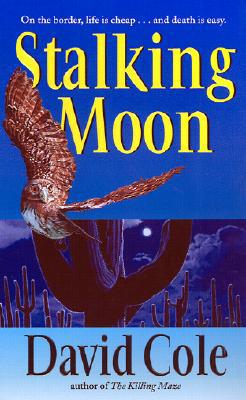 Death in the Borderlands
Laura Winslow is hiding from the world in the Arizona desert -- escaping the violence of her past through false names and untraceable Internet phone technology. But by straying too close to Mexico at the same time as a large-scale illegal border crossing is taking place, the part-Hopi hacker-investigator has fallen into the hands of federal agents. And now she faces exposure and arrest unless she agrees to aid the government in its attempts to uncover the truth about a massive criminal conspiracy -- a nightmarish smuggling operation trafficking in the most precious of commodities: human lives. But innocent women have already died in Arizona and Mexico. And unless Laura can uncover the truth behind chat room lies and deceptions, her blood may be the next to stain the Sonoran desert red.
Reviews from Goodreads.com