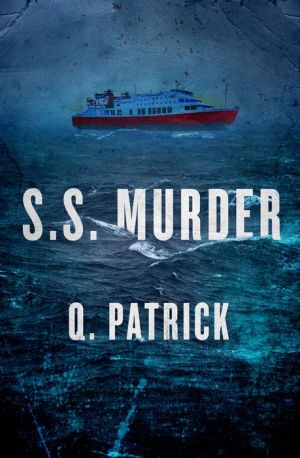 
It’s homicide on the high seas in this “A 1 mystery” by the Edgar Award–winning author who wrote the Peter Duluth Mysteries as Patrick Quentin (Kirkus Reviews).

Cub reporter Mary Llewellyn is on a soothing sea cruise to help her recover after a minor operation. Her fellow passengers are pleasant enough, gathering to play a friendly game of bridge to pass the time. But the game turns considerably less so when a wealthy businessman samples a cocktail—and ends up dead at the table.

The news that someone on board dumped a fatal dose of strychnine into the man’s drink sends a ripple of panic through the voyagers. All too soon, it becomes clear that the murder was not an isolated incident when another passenger is shoved overboard during a storm.

Determined to stop a murderer, Mary decides to do some snooping above and below deck to get to the truth. If she doesn’t figure out the mystery of the seagoing slayer, she might not make it back to land alive.