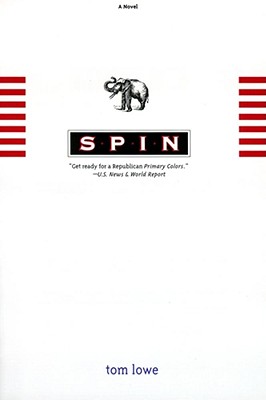 Share:
Plunging into California politics armed with a lethal tongue and a taste for power, Gulf War veteran Jim Asher lands a plum role in Republican Edward Winston's bare-knuckle Senate campaign. Learning spin control from the master - Bud Raper, the crude hired gun who catapulted both Reagan and Bush into the Oval office - Jim quickly becomes the hottest new political consultant west of the Washington Beltway, an Armani-clad Machiavelli who snaps up the perks of a six-figure salary and illicit liaisons with everyone from loyal party girls to roving celebrity reporters. Through it all, Jim keeps his eyes on the ultimate prize - Washington. But when the stakes of the game are raised, Jim comes face-to-face with an unexpected nemesis: his own conscience. With more than one shark prowling the waters, Jim is forced to risk everything - a choice that threatens to trigger a political shakedown of epic proportions. An unforgettable chronicle of political seduction, Spin is a whip-smart look at a world of thrilling excess, raw power, and utter ruthlessness - laying bare the American democratic process in action, and in the flesh.