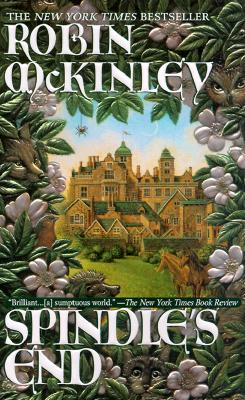 Share:
PRINCESS IN HIDING
All the creatures of the forest and field and riverbank knew the infant was special. She was the princess Briar-Rose, spirited away from the evil fairy Pernicia on her name-day. But the curse was cast: Some unknown time in the future, Rosie would prick her finger on the spindle of a spinning wheel and fall into a poisoned sleep from which no one could rouse her.

Katriona is the princess's kidnapper -- and savior. A young fairy, she is apprenticed to and lives with her aunt in the small village of Foggy Bottom. The two of them raise the princess as if she were their own in order to protect her. No other human, not even Rosie herself, knows her true identity.

But Pernicia is looking for her, and Pernicia is formidably powerful and tirelessly intent on revenge for a defeat four hundred years old. Two village fairies and all the animals in the realm may not be able to save Rosie....