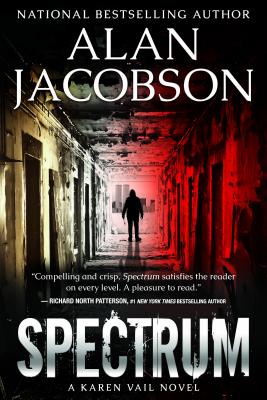 FBI profiler Karen Vail is haunted by a serial killer from her rookie days in a “pulse-pounding” thriller by a USA Today bestselling author (Providence Journal).

The year is 1995 and the NYPD has just graduated a promising new patrol officer named Karen Vail. The rookie’s first day on the job is anything but easy when she finds herself at the crime scene of a young woman murdered in an unusual manner. Vail is unsure of what she’s looking at or what it means—but it’s a case that will weigh on her mind for nearly twenty years.

As the years pass, Vail’s career takes unexpected twists and turns—as does the case that’s come to be known as Hades. Now a skilled FBI profiler, will Vail be in a better position to catch the killer? Or will Hades prove to be Karen Vail’s hell on earth?

The character who has captivated readers worldwide—and who won the praise of literary giants Michael Connelly, James Patterson, and Nelson DeMille—returns in a story that captures the experiences that shaped the revered profiler and made her the top cop she is today.
Reviews from Goodreads.com