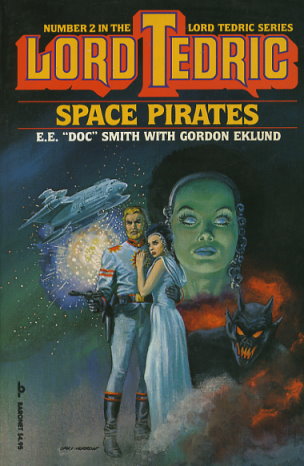 Lord Tedric is back, this time leading a rebellion to wrest the power of the crown from the diabolical Carey family. Aided by his trusty allies--a blue-furred Wykzl, a subman, a deposed lord, a near-human robot, and a kidnapped princess--Tedric fights almost to the death to win. And it is only the beginning. For as the battle rages, an even greater, more malevolent force is threatening the galaxy--a threat Tedric can only begin to comprehend. Here is space fantasy at its best--filled with amazing machinery, and even more amazing aliens--in Number Two of the Lord Tedric series, an action-packed adventure with all the excitement that made "Doc" Smith odysseys so popular.