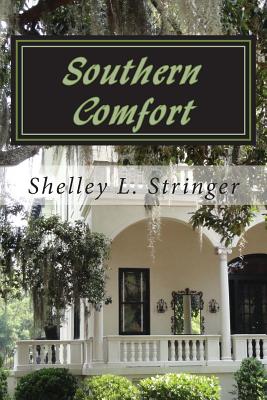 
Southern Comfort, the first of three novels in the SOUTHERN SERIES, immerses the reader in the essence of southern Louisiana culture, history, voodoo and folklore. The supernatural story takes a back seat to the romance between the protagonist, Chandler Collins, and the handsome dark-haired Navy SEAL, Banton Gastaneau. When a car accident takes the lives of her parents, Chandler leaves the sheltered world of small-town Texas and moves to southern Louisiana. There she settles near her only remaining family - her aunt, uncle and cousins and plans to finish college at LSU. Through the purchase and renovation of an old antebellum house near campus, she meets two neighbors, ex-Navy SEALs Banton Gastaneau and John Calder, who appear to have a hidden agenda and seek much more than a casual friendship with Chandler. As Chandler works on a writing project and unlocks the secrets of the old house and local folklore, she is drawn into a world where blood-drinking Orcos, Sange-Mele half-breeds, Aldon protectors and spirits exist. As Banton's interest in Chandler moves from friend to protector to lover, the story moves from Chandler’s spirit-filled house to the college campus in Baton Rouge, the French Quarter in New Orleans, and the underground sewers of the city where Orco terrorists plot to destroy the SEAL team now protecting Chandler, endangering Chandler’s life.