Soul of a Rocky — Kelsey Jordan 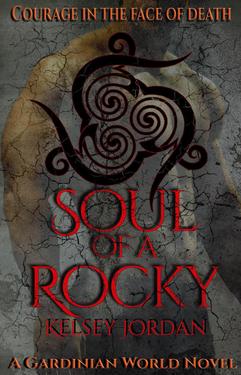 Trevor was the son of gods, but a life of privilege was far from his reality. After a childhood of abandonment by his parents and routine abuse by his peers, trust is a foreign concept. And relationships? Not happening.
Marked by Death’s Reaper, Krystiana is thrust into a world where the gods are real, a war is being waged unbeknownst to humans, and her stalker can’t be killed. Despite the reality she is slowly dying, Krystiana fights to keep what remains of her humanity.
Forced together by his father, Trevor and Krystiana have to decide if what they have is strong enough to make it through the day Death comes for them all.
Reviews from Goodreads.com