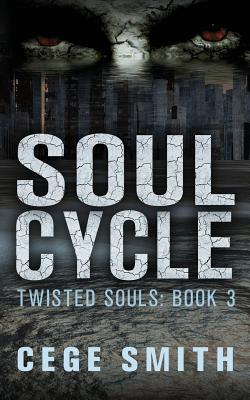 The line between good and evil blurs even further in Soul Cycle, the third installment of the Twisted Souls saga... Cameron, Samuel, and Malcolm survived the trap in the Office of Souls compound. Their goal is to reach Outpost Alanstown where they know they will have to confront their enemy. But as their journey begins, an encounter with a group of bloodthirsty soulless ones separates the group on the outskirts of West End, the capital city of the Territory of Malm. In the meantime, in Outpost Alanstown, Chim retrieves Marius from the edges of madness. A deadly new enemy has been discovered, and Marius finds himself in the difficult position of helping Chim in order to help himself. What no one knows is that someone has been behind the scenes this whole time pulling the strings like a skilled puppet master, and that person is someone they never expected. Answers from the past must be found before Cameron and Samuel's true destinies can be revealed. The journey to the final battle is coming, but who will be there still remains a mystery.
Reviews from Goodreads.com