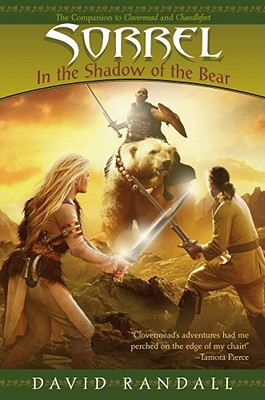 
The fight against the evil Lord Ursus continues, and the fate of the battle lies in the hands of fifteen-year-old Clovermead Wickward. Chandlefort's army is in need of reinforcements, and Clovermead is charged by her mother, Lady Cindertallow, to seek allies among the nomadic Hordes of the Tansy Steppes. At the same time, Lord Ursus has dispatched Clovermead's old enemy Lucifer Snuff to contest her. A battle of diplomacy ensues, and it is only one of many struggles that Clovermead must face.

First, Clovermead must choose between her mission to the Hordes and the pleas of her best friend, Sorrel. All the while the survival of Chandlefort is pitted against Clovermead's promise to free Lord Ursus's enslaved bears. But the most painful choice of all awaits Clovermead in a face-to-face confrontation with Lucifer Snuff. In the end, Clovermead must decide between the logic of war and her heart's instinct for mercy, relying on her sacred gifts -- the ability to shift into bear-form and to speak the bear-language -- to have even the slightest chance at victory.

In an epic tale of honor, love, and redemption, David Randall follows Clovermead and Chandlefort with an adventure determining the fate of nations and human souls.