Song of the Damned — Sarah Rayne 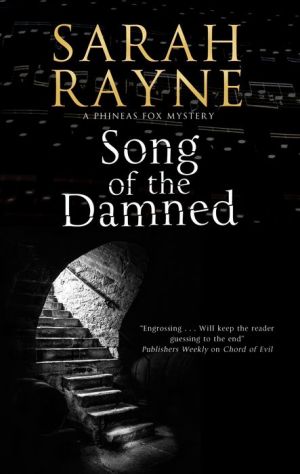 The headmistress of Cresacre Abbey School has asked Phineas Fox to establish whether an opera, to be performed as part of the school's bicentenary celebrations, plagiarizes an earlier work. During the course of his investigations, Phin discovers that curious legends about the school's past still linger, including the fate of a group of nuns who disappeared without trace more than 200 years before. What exactly happened to them? And who is the mysterious Ginevra, the shadowy figure whose true identity has never been known…?

As he delves further, Phin begins to unravel a series of interlocking secrets, each one more puzzling -- and sinister -- than the last.