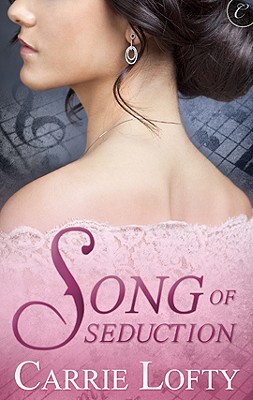 Tormented by guilt. Haunted by scandal. Freed by love.
Austria, 1804
Eight years ago, composer Arie De Voss claimed his late mentor's final symphony as his own and became an icon. But fame has a price: fear of discovery now poisons his attempts to compose a redemptive masterpiece. Until a new muse appears, intoxicating and inspiring him...
Mathilda Heidel renounced her own musical gift to marry, seeking a quiet life to escape the shame surrounding her birth. Sudden widowhood finds her tempted by song once more. An unexpected introduction to her idol, Arie De Voss, renews Mathilda's passion for the violin—and ignites a passion for the man himself.
But when lust and lies reach a crescendo, Arie will be forced to choose: love or truth?
Reviews from Goodreads.com