Something Old, Something New — Catherine Leigh 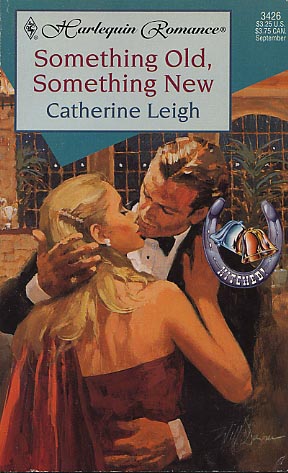 But that man had been missing - presumed dead - for seven long years. Lily had loved Saige Alexander with a passion and grieved for him in the same way. And yet just as she had almost given up hope, her cowboy husband had finally come home!

The time was awkward to say the lease. For years Lily had waited for word of him - dreaming, hoping...praying. But she had finally decided to get on with her life. Her wedding to Randall Carver was imminent.

And even if her former lawyer didn't make her heart race like Saige, marrying Randall had to be safer than staying hitched to a dangerous adventurer. And what was Saige offering her anyway--an uncertain future, a past he wouldn't--couldn't--reveal? Only there was just one problem ...there was only one man for Lily. And he was determined to do all he could to stop his wife's wedding!