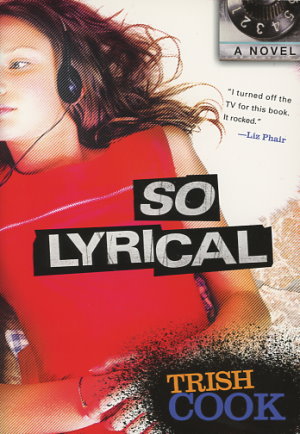 Rock and roll brought her into this world....
Trace lives smack in the middle of picture-perfect suburban Winnetka, Illinois. But her life is anything but cookie-cutter normal. Her mom, Bebe, is a zillion years younger than the other mothers, still dresses like a teenager, and drives around town cranking time-warped tunes -- not to mention that she can't seem to forget the details of that crazy summer she spent following the big-hair bands of the '80s: the mementos, the music, the memories. She's held on to it all...everything except Trace's dad.

The question is, where will rock and roll take her next?
Trace can't help but wonder which outdated rocker in the autographed photos covering the walls of their house might be her father. And that's not the only thing making her head spin like Bebe's old records. She's trying to keep her best friend from going off the deep end. She's desperate to do well in school. And then there's the hunky lead singer she's trying to snag -- without following in the footsteps of her mother....